My name is Hamidreza, I’m a 3d Designer.

I started the 3D simulation profession in 2012, and after learning the relevant training on existing software, I worked for design- architecture Kiamin company from 2013-2015, after that I worked by my own from 2015 to 2017. 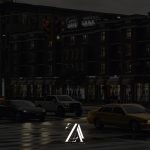 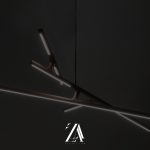 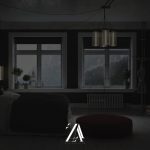 My name is
Hamidreza Zallnezhad
I’m a 3D Artist.

I have the artistic expertise and technical ability required to work with designers to create visual renderings and am a result-driven professional in 3D architectural modeling, texturing, lighting, and rendering.
in my 3D Architectural Visualizer role, my successes have stemmed from essential skills, including interior design and project planning. I have enhanced my motivation abilities and cultivated a reputation as a major contributor through management and teamwork. I am a collaborative team player who is always searching for opportunities to impart valuable insights. With these qualities, I am able to facilitate positive change and impact outcomes.
I read every day, both about architecture and about architectural programs. In this world, it must be updated for progress.
All this can be achieved only with a lot of learning and study.

I have been teaching AutoCAD for 5 years.

My expertise are in modeling, texturing and unwrapping objects.

I have full ability on V-Ray Next and V-Ray 5.

It's pretty easy to use and you can quickly have a base to work with.

I've practically ZBrush every day... I can't get enough. It's Just a great program. I just love it so much.

We will see the real miracle of real texturing together soon.

What's great about SpeedTree is that it's very easy to get a realistic-looking and moving tree in no time.

I started the 3D simulation profession in 2012, and after learning the relevant training on existing software, I worked for design- architecture Kiamin company from 2013-2015, after that I worked by my own from 2015 to 2017.

In 2016, I was accepted in the master’s degree ( Roodehen Azad University ) in the field of architectural engineering.

Since 2015, which was the biggest leap in activity in the field of civil engineering and architecture.

I was working in “the big Iran Mall” project since 2017-2019 as the site manager of Ati Saz Panah company, and at that time, I was also working in the field of architecture and simulation professionally in the second shift.

In 2019, I worked as the site manager for 10 months for building a modern villa that I had designed.

In the field of architecture , in these years I designed more than 20 project and I also did more than 95 3D-simulation projects.

It should be added that I have over 8 Advertising teaser projects on Iran TV in my resume.

As a matter of fact it should be considered that having a civil engineering specialty had a great spectacular influence in my design and architectural thinking, and it was caused to create very unique designs.

In the end, I should mention that all the knowledge I have is a drop in the ocean of science an knowledge in the world.

The only secret to success in this field is to be up-to-date get knowledge and learn every day.